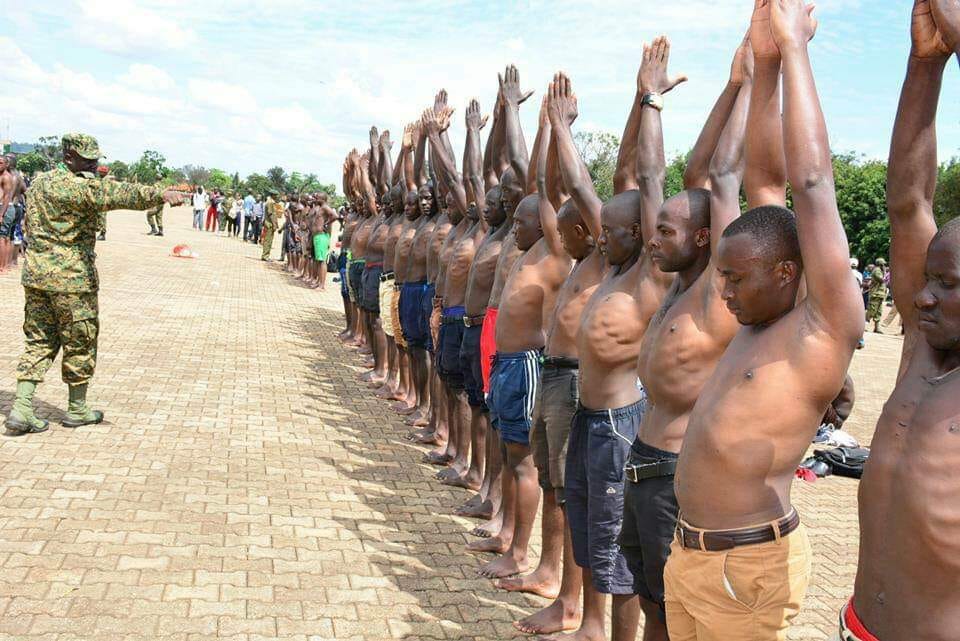 The Ugandan army (UPDF) has today, Friday kicked off the recruitment exercise of 4000 soldiers in various parts of the country.

Addressing journalists recently at the Ministry of Defence headquarters in Mbuya, the UPDF spokesperson, Brig. Richard Karemire said the move is part of the programs aimed at professionalizing the Ugandan army that started in 2004 and is still ongoing.

This years recruitment exercise of 4,000 personnel is an opportunity for UPDF to fill gaps created by retirements and also tap skills of personnel with competencies in science subjects required in a modern army,Brig.Karemire said.

The army spokesperson said the move is also in line with the countrys 2040 vision but also to ensure peace and stability remain a fundamental prerequisite for the socio-economic transformation of the country.

According to the UPDF, the recruitment exercise will be conducted in five districts that will be in charge of the several zones around the country.

For Kampala, the recruitment teams will be stationed at Kololo independence grounds, whereas those from Kotido,Kaabong, Karenga and Abim districts will be recruited from Kotido .

For those in Hoima, Kikuube, Kagadi, Kibaale and Kakumiro districts will be recruited from Hoima whereas Lyantonde district headquarters will be the grounds from recruiting those from Lyantonde, Rakai and Kyotera districts.

For those from Yumbe, Maracha, Madiokollo, Adjumani, Moyo, Obongi and Koboko districts, the exercise will be carried out from Arua district headquarters.

The army spokesperson explained that regular recruits must be adult males and females between the age of 18 and 25 whereas the professionals must be between 18 and 30 years of age.

Regular recruits should possess a minimum education of S.4 or S.6 with bias in science subjects such as physics, chemistry and mathematics whereas professionals should be holders of Degrees or Diplomas in Medicine, Engineering, Chemistry, Education or possess qualifications in vocational skills, Brig. Karemire said.

Let it be clear that recruitment into the UPDF is not an off-the-hook job opportunity, but rather a patriotic calling to serve our country Uganda in a field that requires great sacrifice and determination from the very first day of recruitment to the last day of ones service, he warned.