When I originally made these Skinny Birthday Cake Cinnamon Rolls it was for my daughter’s third birthday. Today we are just about a week and a half away from her turning ten! Happy early birthday Lily!

In honor of my sweet princess, I decided to whip up another batch of special homemade cinnamon rolls, and in the process, give the images a bit of a facelift. The recipe has remained the same because it’s just that damn good. Tried and true, it has held strong through the years. And once again, I’m secretly hoping that this recipe will be the one to get her back on board with enjoying cinnamon rolls.

By now you should all be well aware of the fact that I have a serious funfetti addiction. Cake batter or funfetti flavored anything will make me one happy girl. These cinnamon rolls are made with rainbow sprinkles right in the dough, while the filling also has some sprinkles. And YES, there are still sprinkles to be had as a garnish you desire.

The flavor of confetti cake runs through the entirety of these sweet treats. And let me just say, it’s delicious from start to finish. The best part is, they’re pretty easy to make. Especially if you have a bread machine.

No Bread Machine:
If you do not have a bread machine, you can combine the hot water and yeast into a bowl and allow the yeast to activate and foam up. Once the yeast is active you can combine the remaining ingredients in the bowl of a stand mixer with the hook attachment or knead by hand. Spray a large bowl with non-stick cooking spray and place dough inside. Cover with plastic wrap and allow it to sit for an hour until doubled in size.

Once the dough cycle has ended or the dough has risen for it's first time. Punch it down and allow to rise for another hour or until doubled in size once more.

After the second rise, remove the dough to a lightly floured surface and roll out into a large rectangle.

Spread the butter over rectangle and sprinkle the brown sugar, stevia, cake mix, cinnamon, and sprinkles for the filling atop the dough.

Cut into 16 equal pieces. I use floss to do this! Yes. Floss.

Lightly spray two rounded 8 inch cake pans or a 13x9 with non-stick cooking spray and place the cinnamon rolls into the prepared pan(s).

Cover with plastic wrap and allow to rise for another 30 minutes.

Preheat oven to 350 degrees F. Once ready, remove the plastic wrap and bake the cinnamon rolls for 15-20 minutes.

In the mean time, combine the frosting ingredients in a bowl and whisk together until smooth and creamy.

Remove the cinnamon rolls from the oven and allow to cool slightly before drizzling the frosting over the top. Top with a few more sprinkles if desired and enjoy! 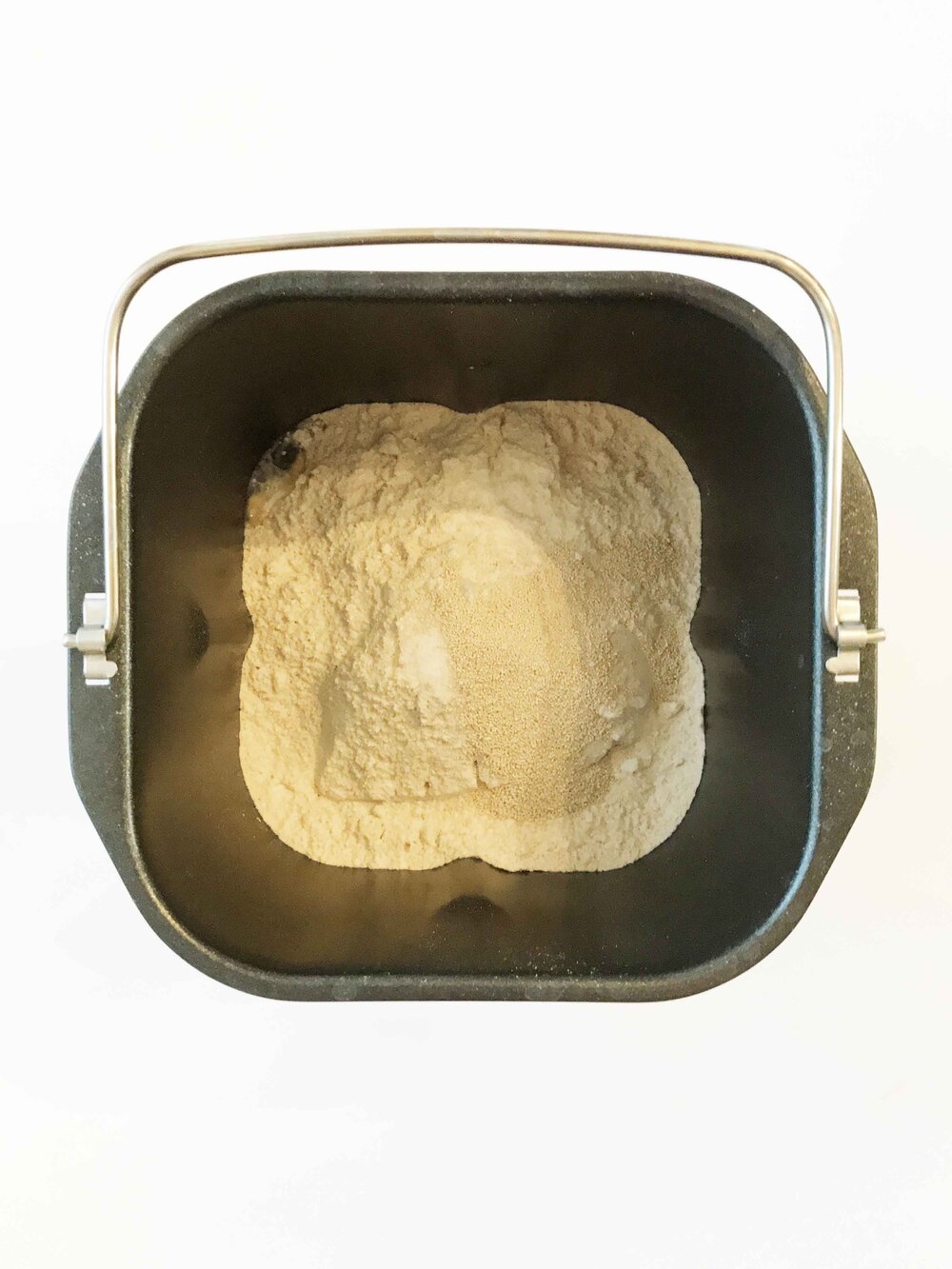 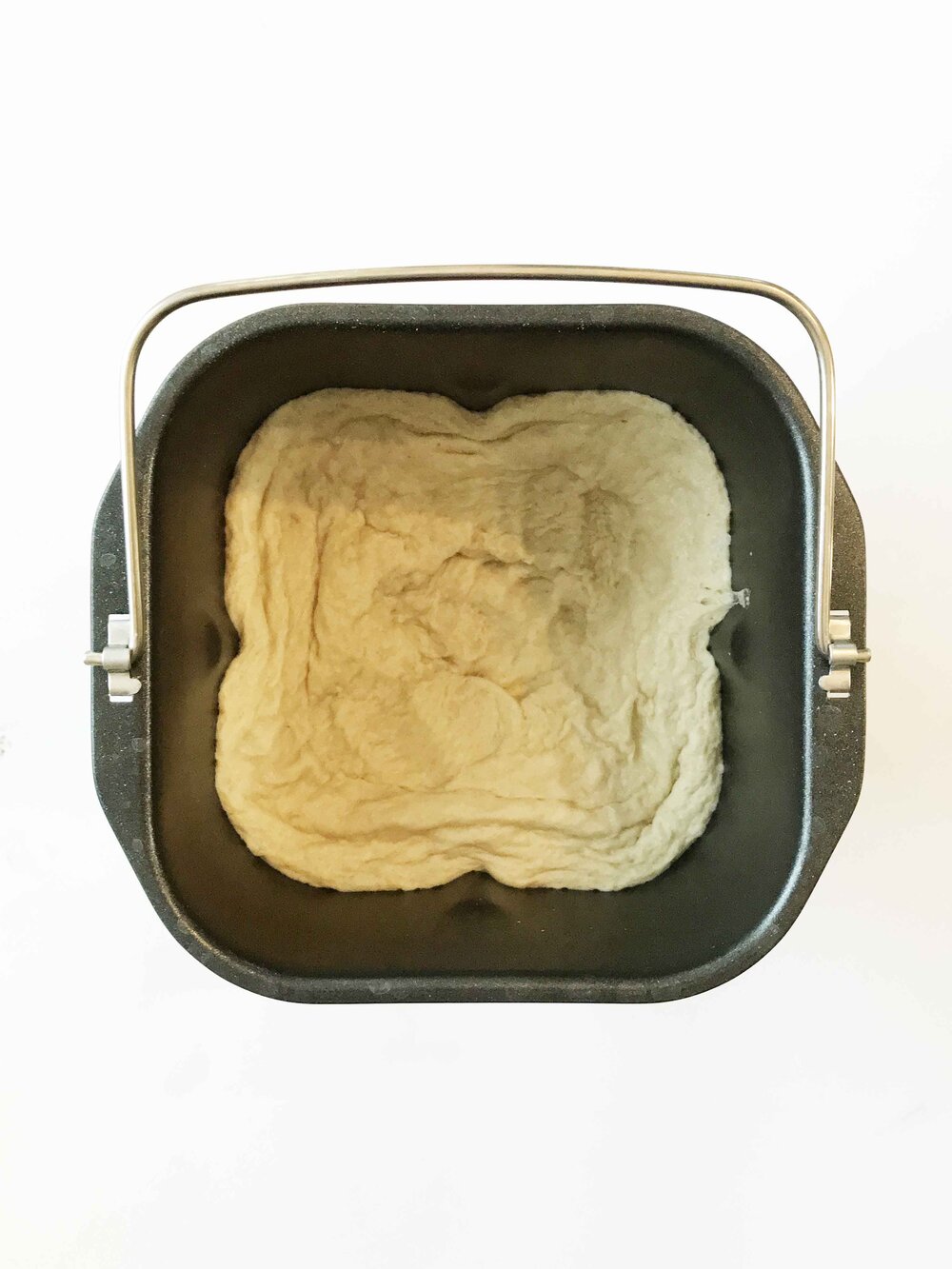 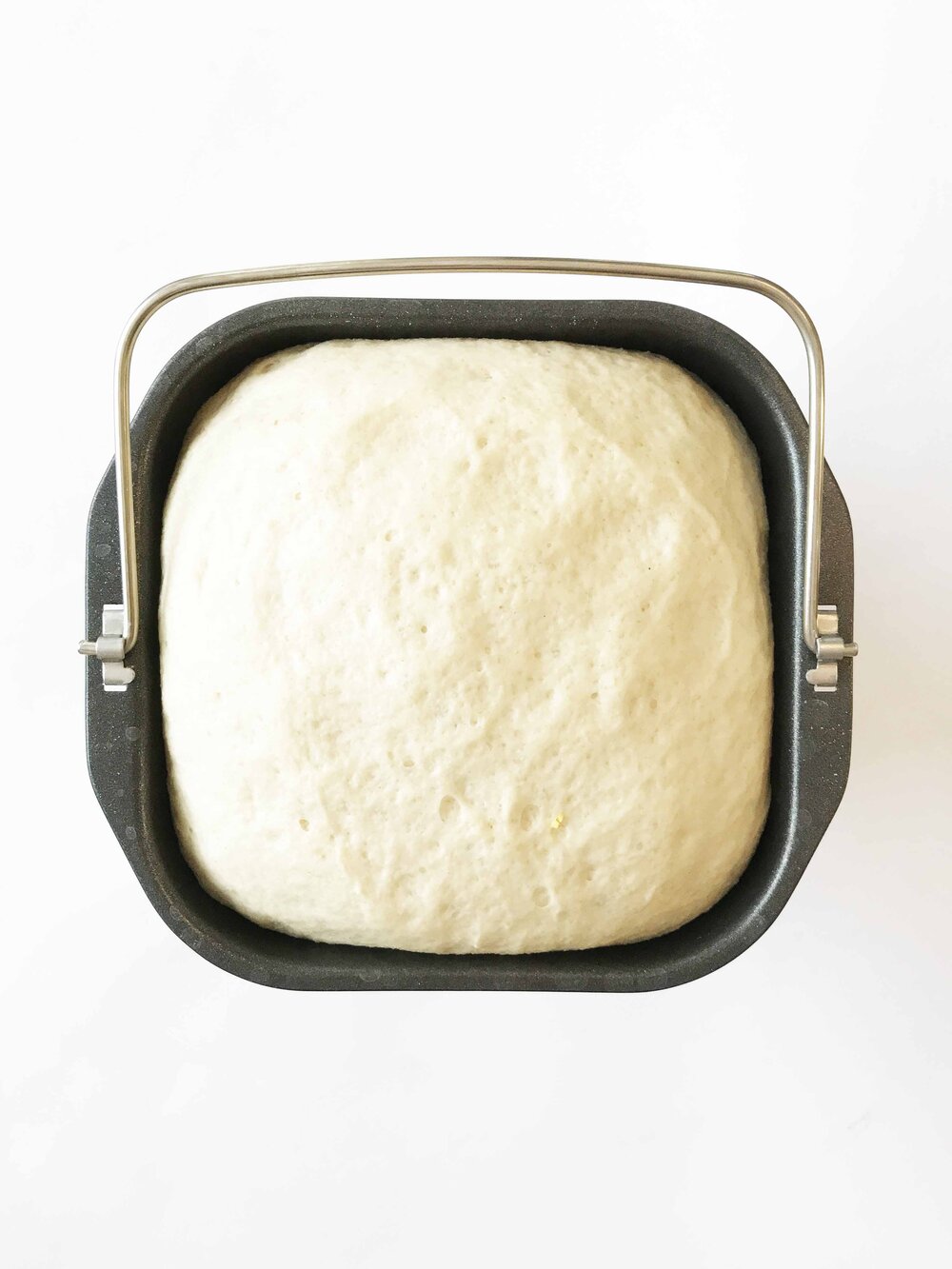 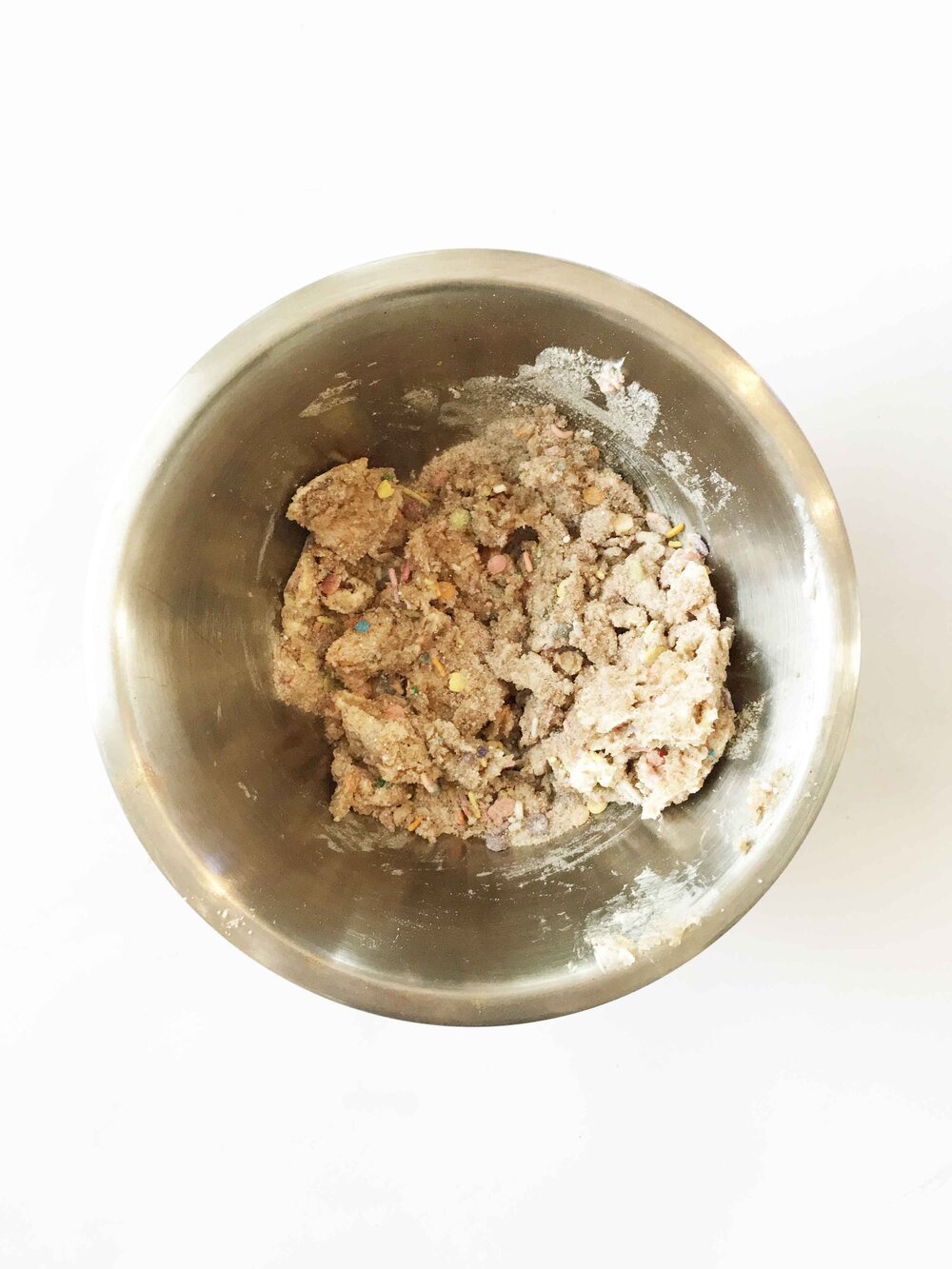 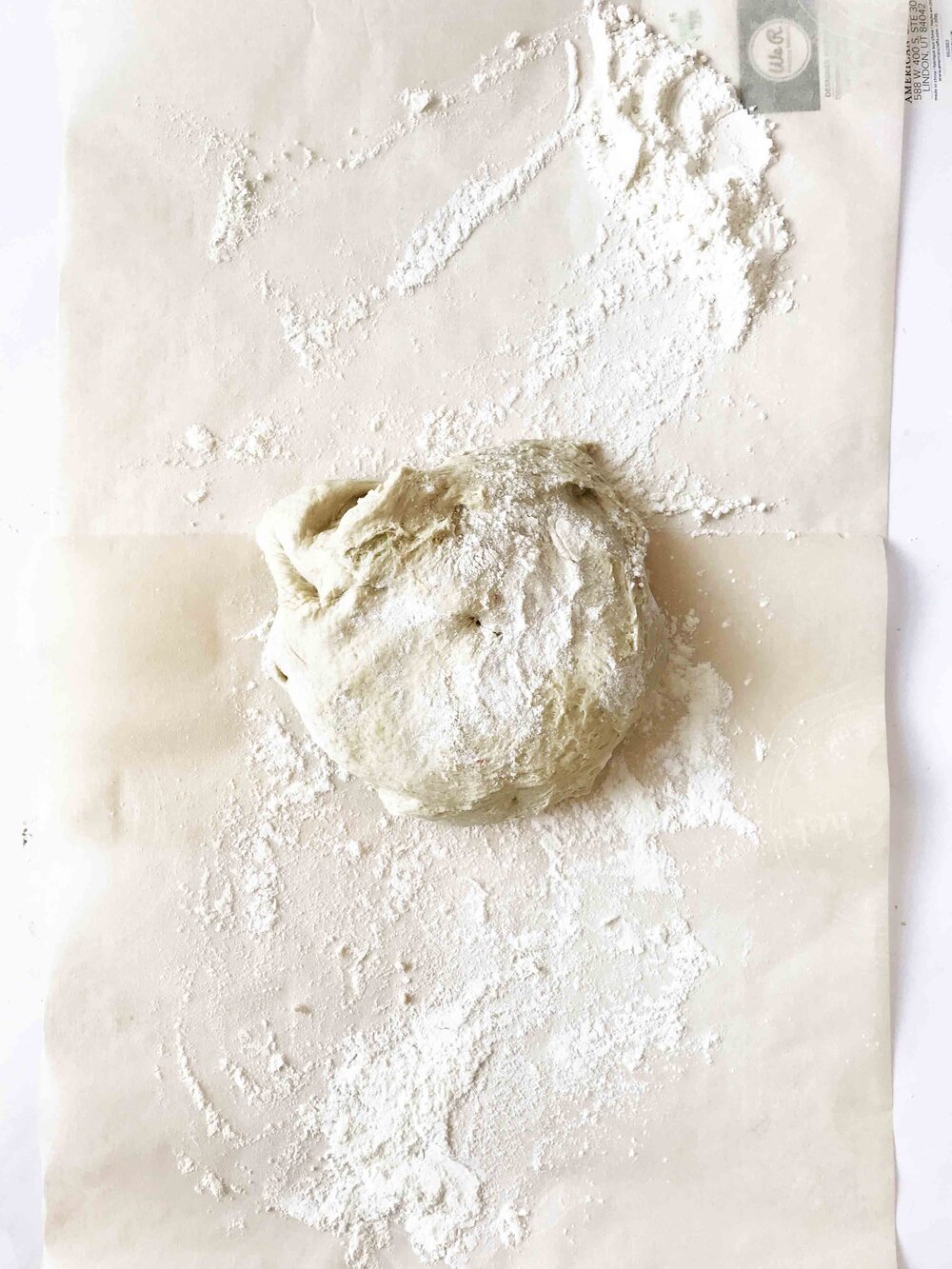 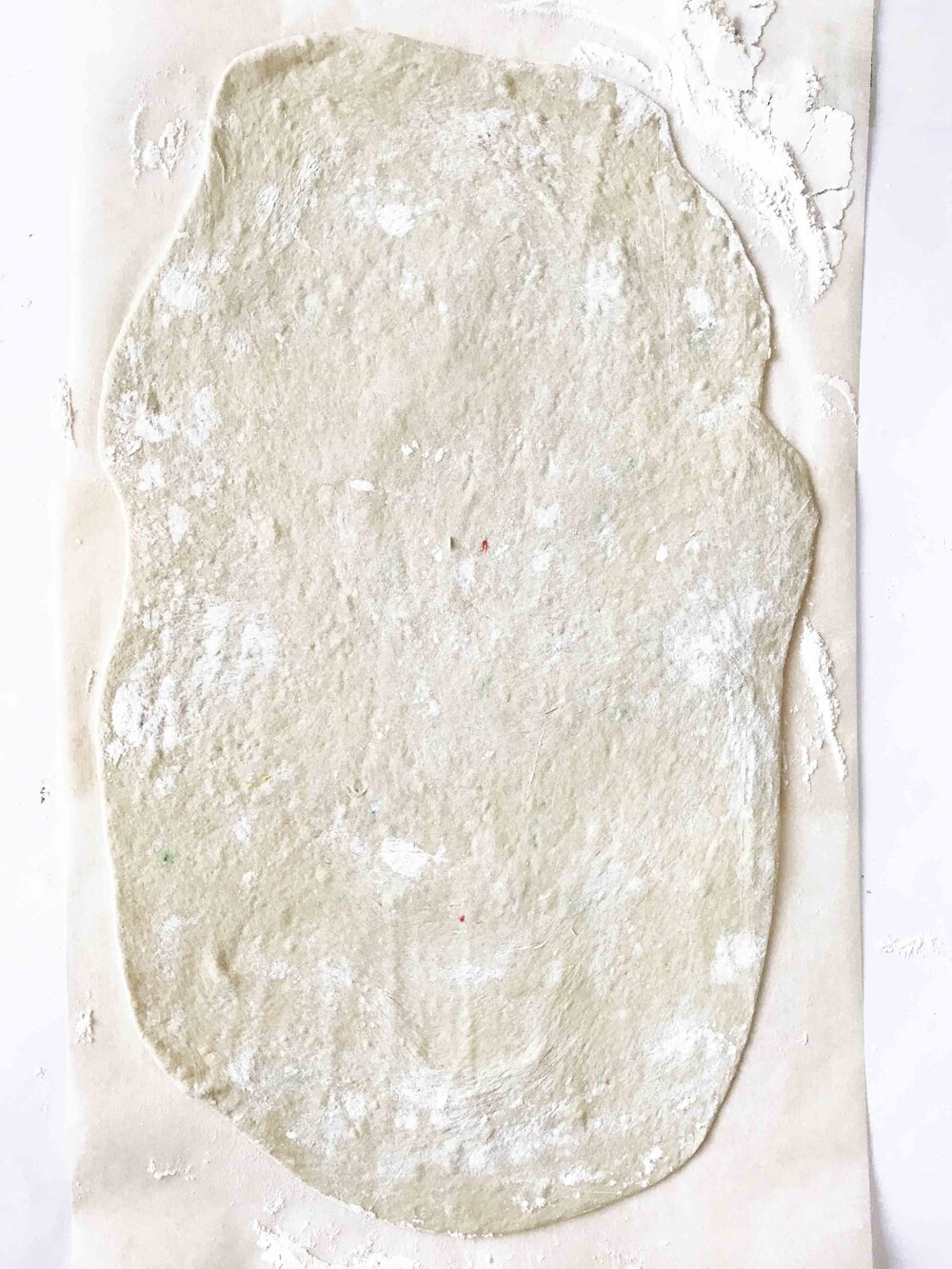 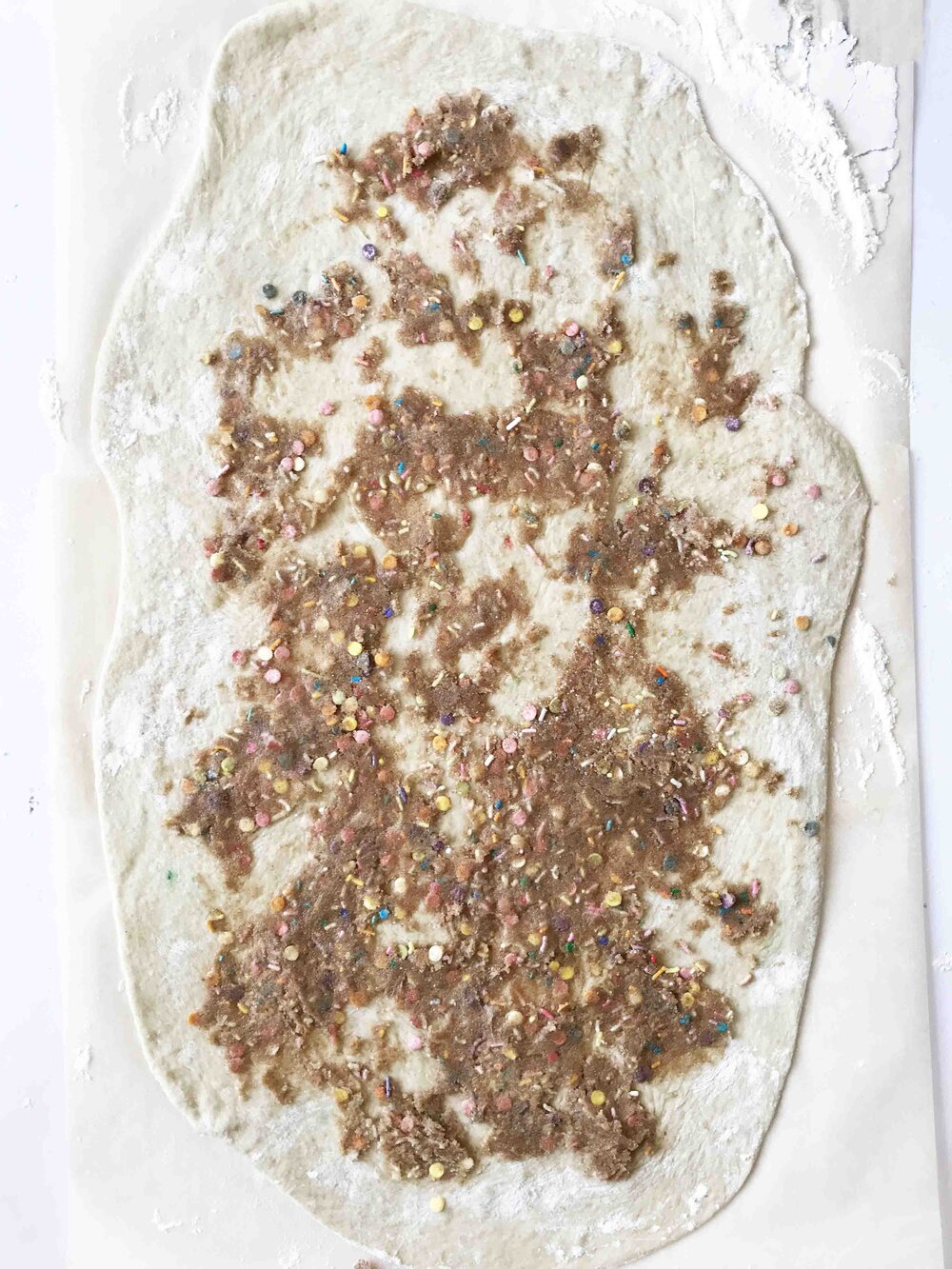 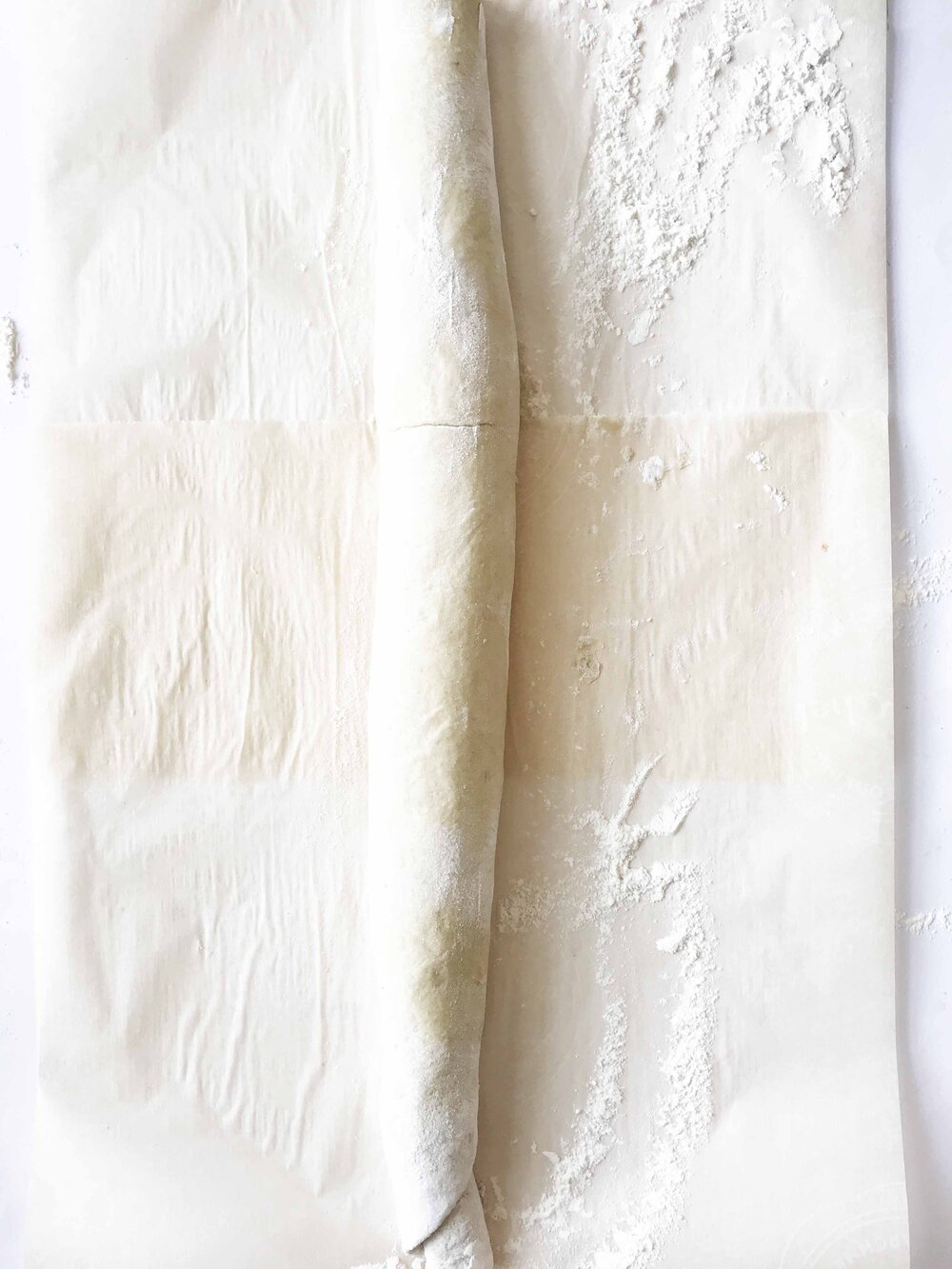 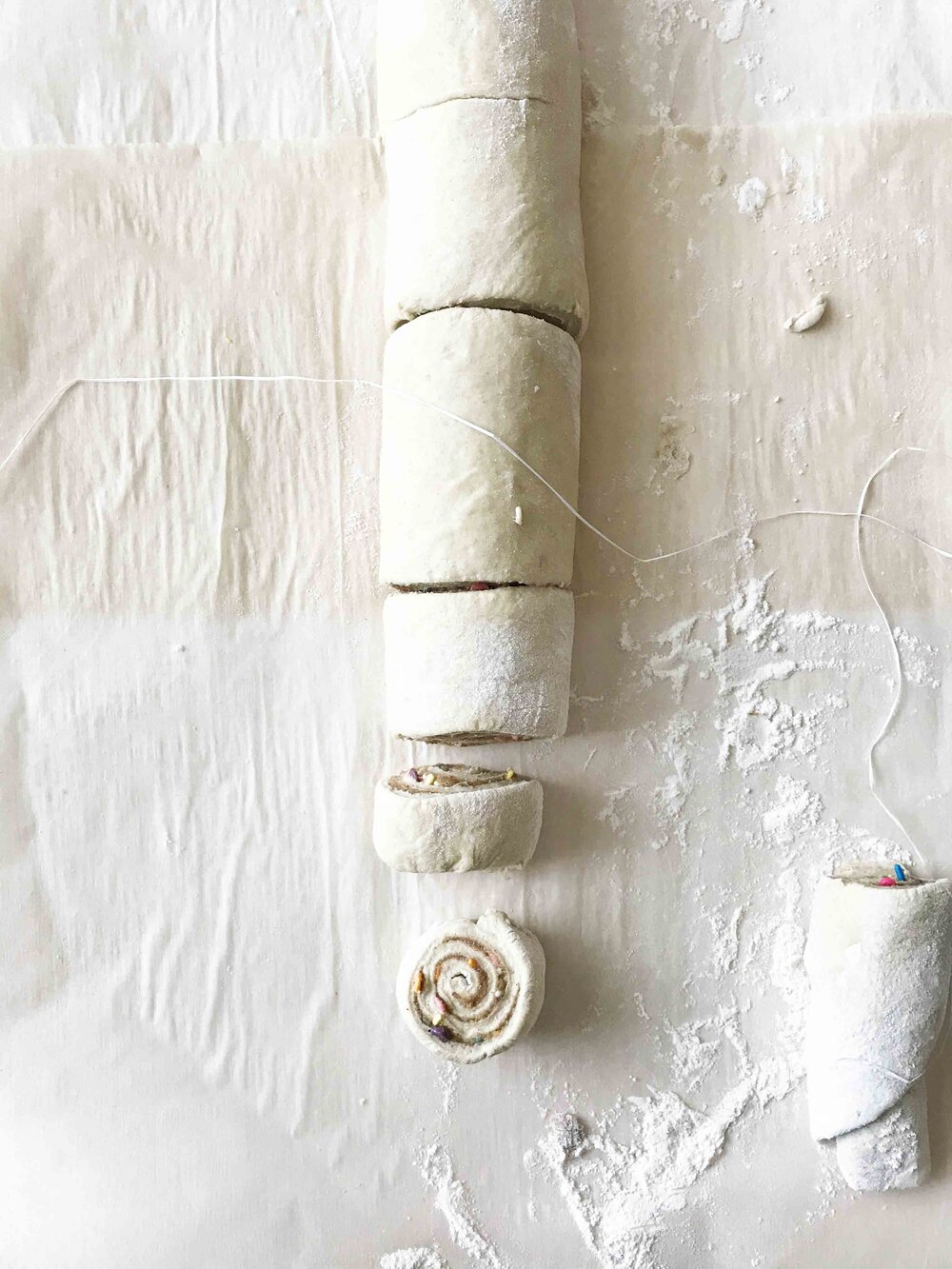 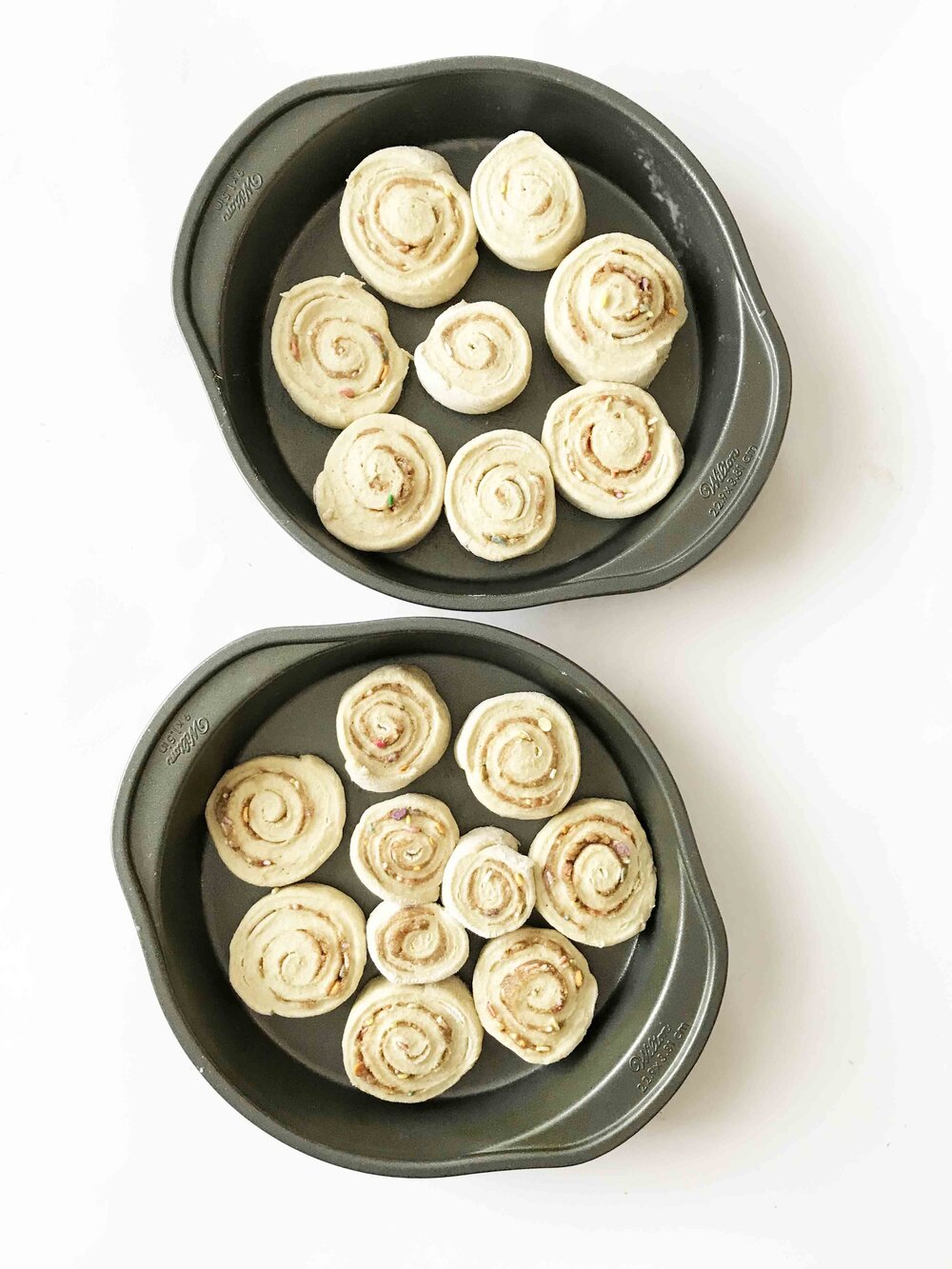 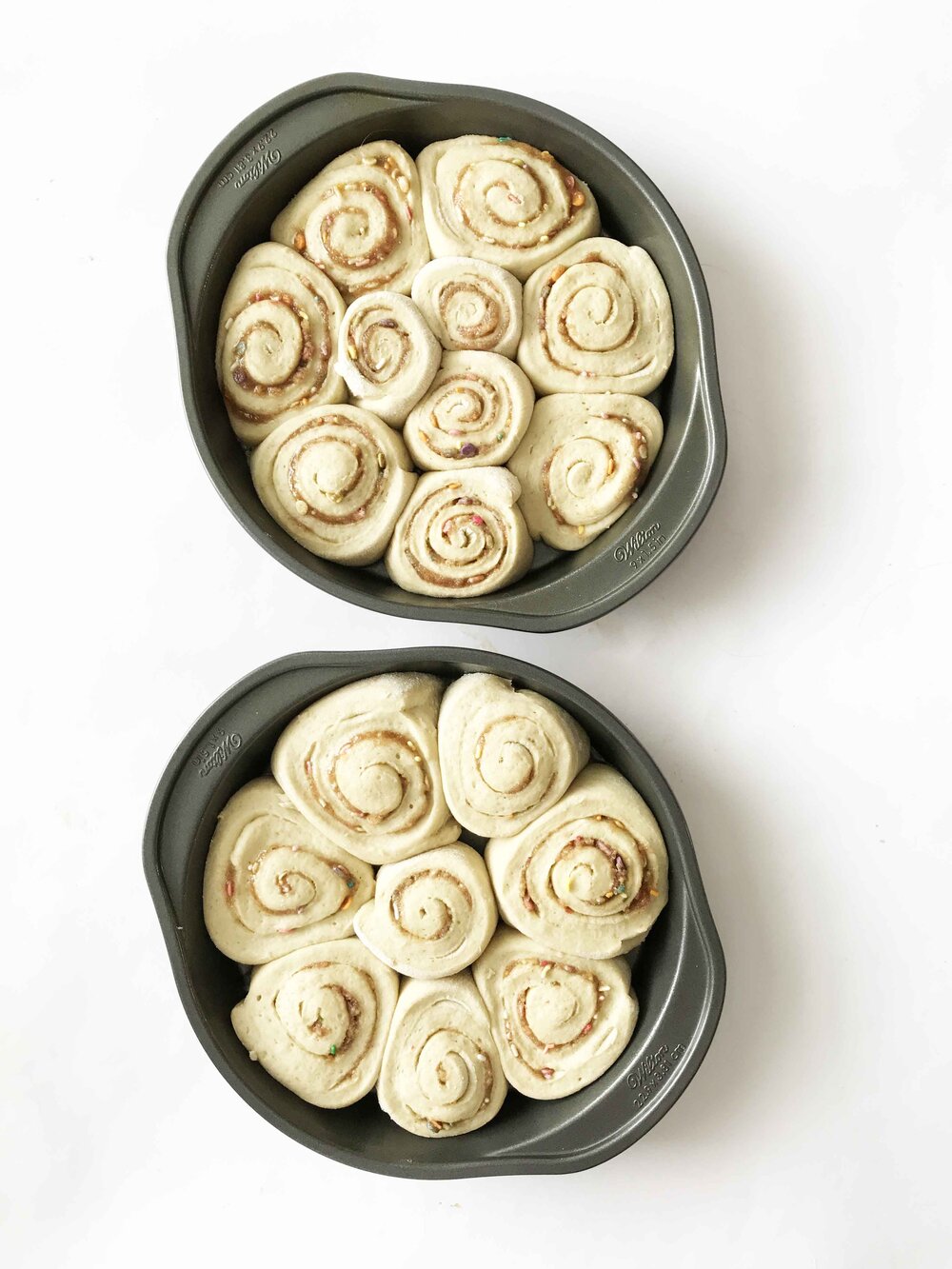 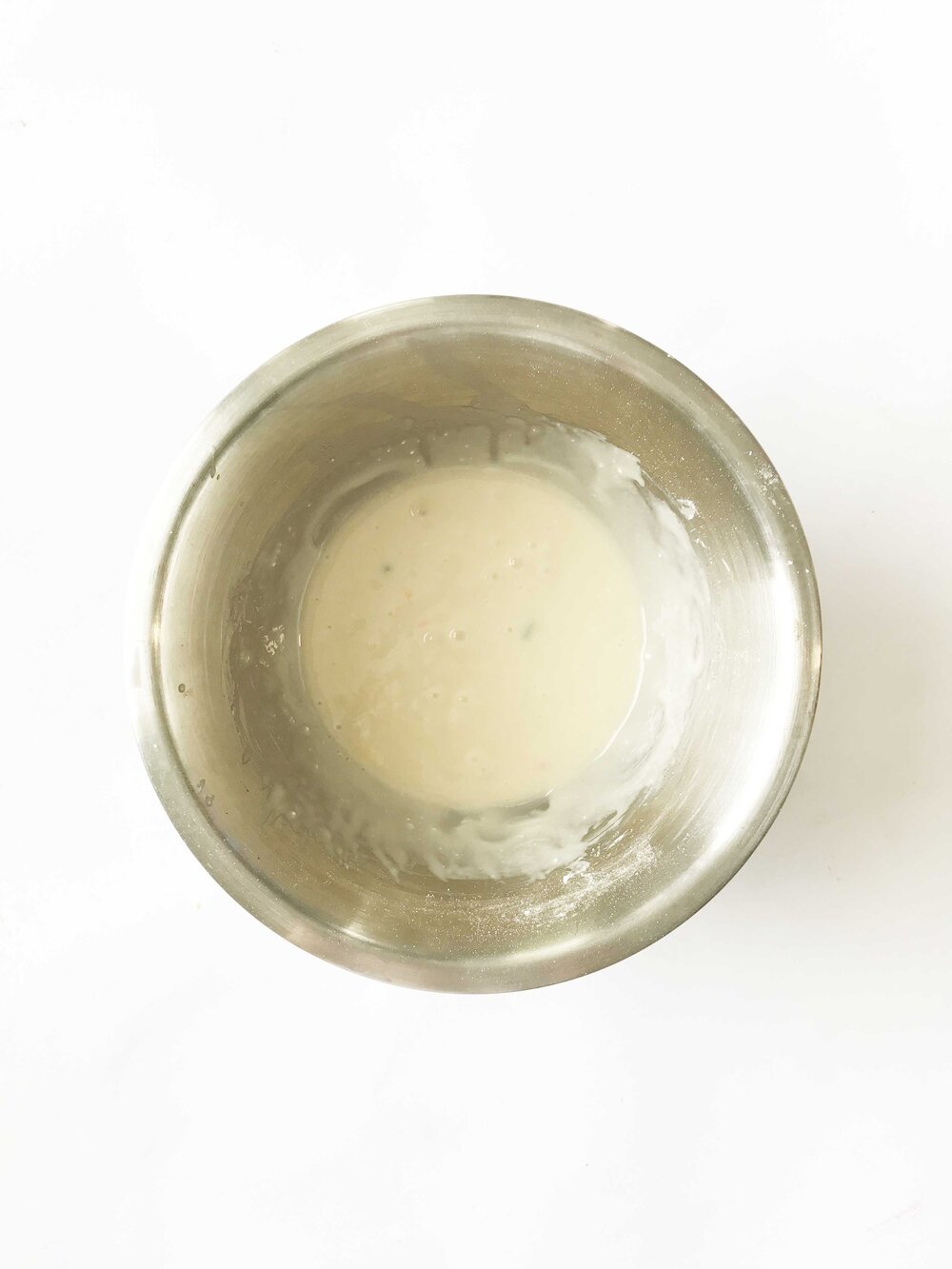 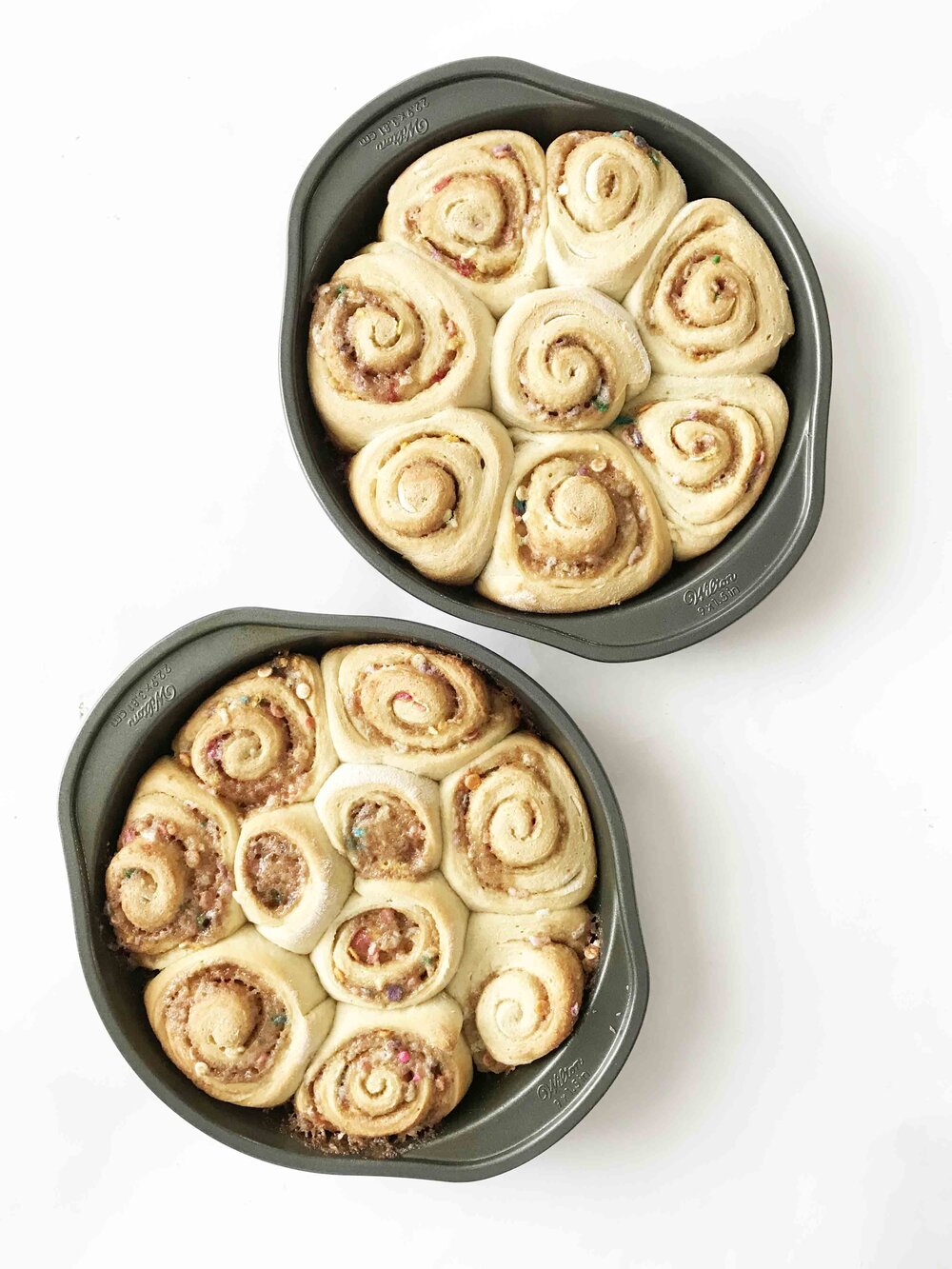 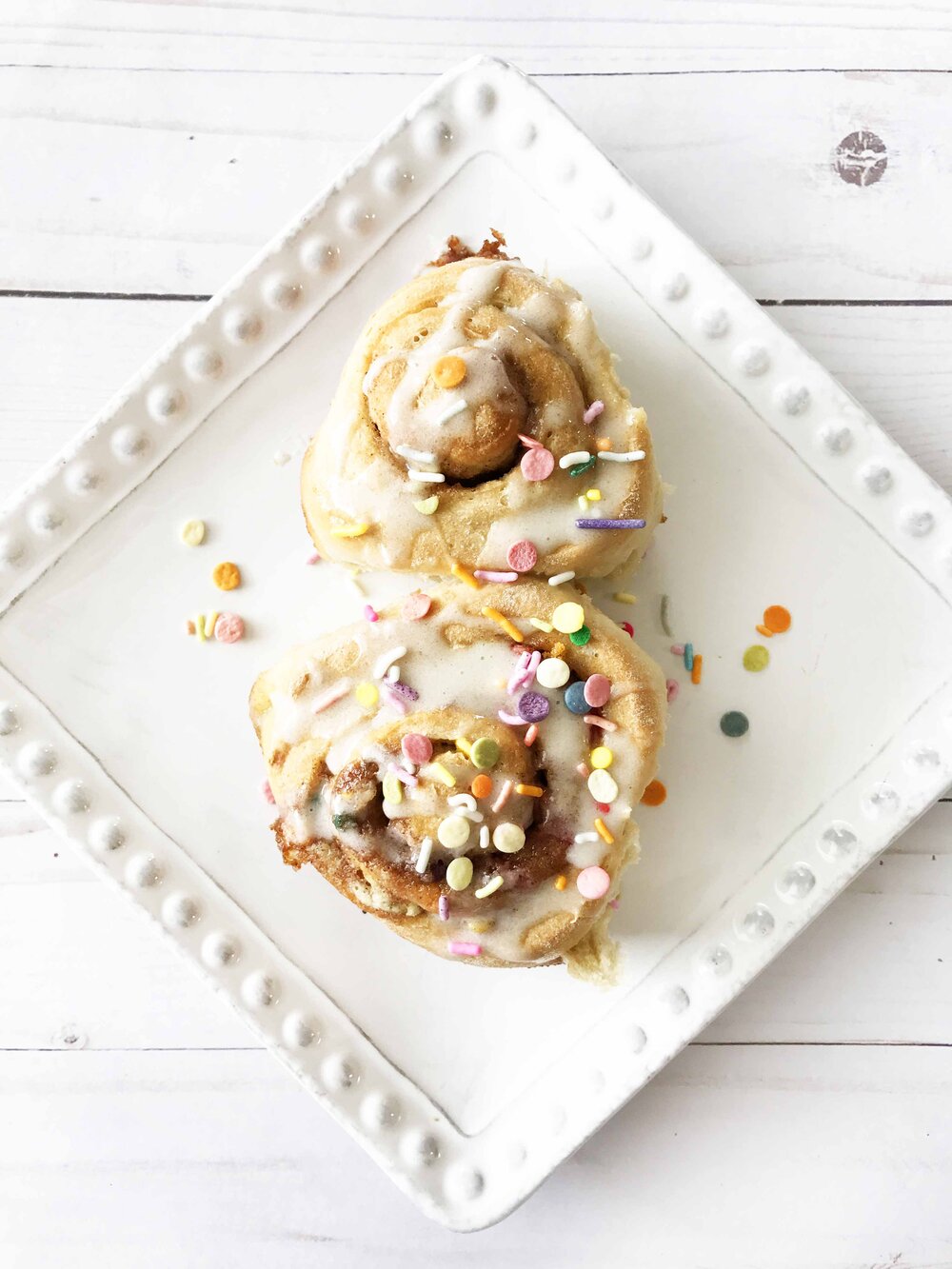