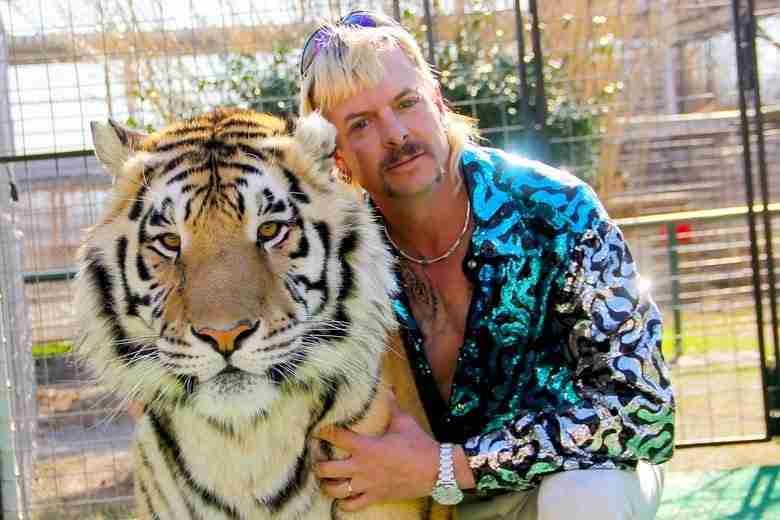 I am hooked, HOOK I tell you on the new Netflix documentary Tiger King: Muder, Mayhem and Madness.  It has become one of the most talked about show and you can imagine the memes that have come from it.  Check out this list of the BEST Netflix’s Tiger King memes. Not only do we have some of the best memes to come from this show but also some of the best, shocking and even funny quotes.  Here is a list of some of my favorite and SHOCKING Netflix Tiger King quotes!

The big cat people are backstabbing pieces of s$%&.

I went to work every day prepared to die in a tiger cage.

There are more captive tigers in the US today then there are in the wild throughout the world.

It’s a place where all the misfits can come together and be with the king of the misfits.

If he ever had an enemy in his life it was Carol Baskin.

You see how they can go from being so sweet to wanting to tear your face off.

Carol is the Mother Teresa of cats.

The animals rights people keep saying I can’t have these tigers.

The most notorious cub breeding operation is Doc Antle.

Carol wants to be the last one standing.

We had an employee who stuck her arm through the cage and a tiger tore her arm off.

Our mission is to give these animals a fighting chance.

I sold drugs to maintain my animal habit.

Doc Antle is my mentor in the animal industry.

Hey all you cool cats and kittens.

He is good at getting what he wants out of things, people and animals.

She’s got a missing husband that is supposedly buried on her property.

The last day I saw Don he told me he was done and divorcing her.

He was afraid of her and we weren’t exactly sure why.

She is an angel sent straight from hell and one day you will find out. 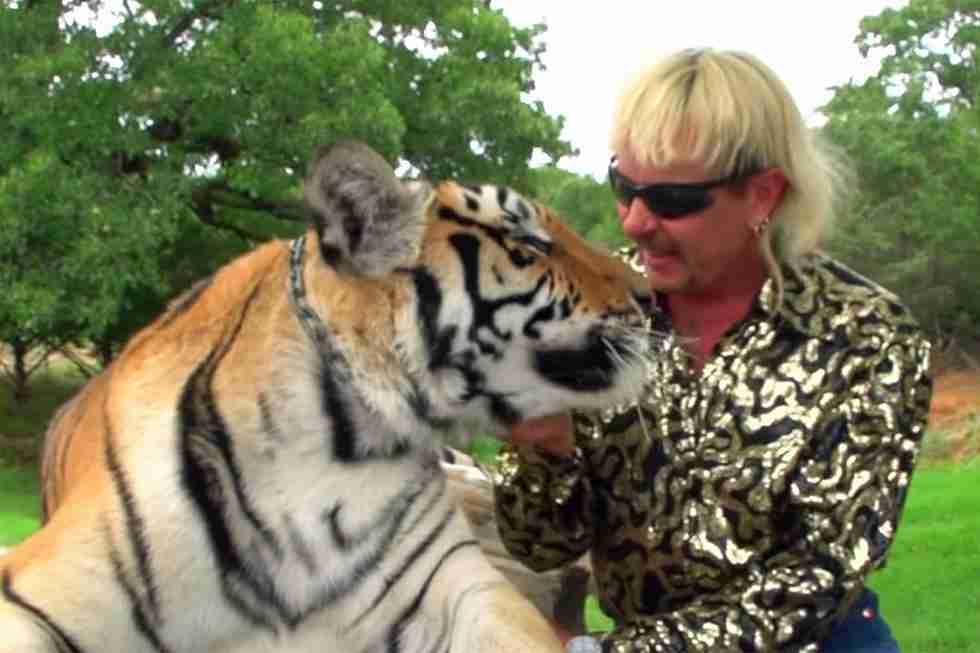 These tigers have such an acidic stomach that when you give them a whole turkey, there are no bones that come out.

Thre is a God, her name is karma, she has a sick sense of humor.

Those who do things in a certain way, whether on purpose or accidently, get rich.

We all feel carol knows more than she is telling.

I’m taking Carol on because everyone else is scared to.

I use my music as an escape from reality.

He wanted to be famous more than anything else he wanted in life.

Carol had him by the balls and he hated her.

I know she is panting hard, she is having a cub.

What do you know about Jeff Lowe?

As soon as he got the zoo in his name, the evil side of Jeff and Lauren came out.

It wasn’t a zoo anymore, it was nothing but a big scam.

Jeff fired half the staff when he walked through the door.

He used the Walmart donation program to lower the food costs. [On Joe’s Pizza]

That’s how we take care of ISIS, right there buddy.

Joe was being dragged around and no one was going in there to rescue him.

If someone wanted to kill you, they would put sardine oil all over you.

Travis was a pothead from hell. 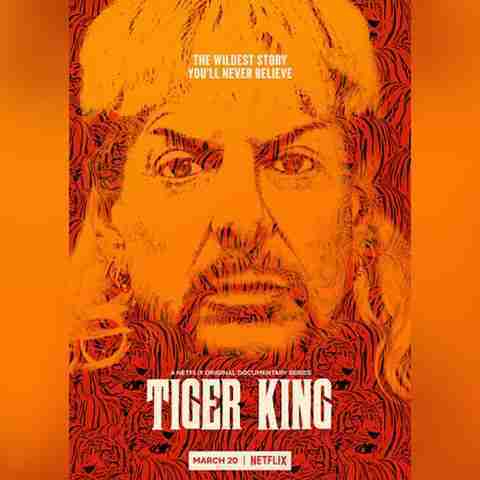 Neither Travis nor John were gay.

Two months after my son died, he married Dylan.

The cats are my responsiblity no matter who owns the zoo.

I still think she deserves to sit in jail for killing her husband.

Why does an innocent guy buy a burner phone?

Joe just wanted to put the zoo in someones name and continue to be the Tiger Queen, I mean Tiger King.

He thought he was more powerful than anybody cause he was tiger king but that was all in his head.

Joe Exotic is going down.

Joe used money from the zoo running for both President and Governer.

If you want information against Joe, return the call.

I signed up as a confidential informant.

They don’t want you, they want Joe.

I know something was going to come down sooner or later cause Jeff and James are conartist buddies.

I want to get away from this Joe Exotic haunted place.

Let me show and tell the whole thing.

You know why animals dies in cages? Their soul dies.

They say you can’t get nothing done with a monkey on your back so you put them on your front.

I was almost strategic to bring on all these charges at the same time.

Joe took the stand and I don’t think that is anything anyone expected.

Jeff Lowe set him up.

They call it set up, I call it investigate.

Here is the problem with Kings, they get use to making all the rules.

I ran that zoo for 14 years, why would they not want to talk to me?

They all got what they wanted, the Tiger King in jail, in a cage.

It’s worse than what you could ever treat an animal.

That was definitely a champagne and brie evening.

I was thrilled and relieved with the outcome.

Tim finally figured out that Jeff Lowe don’t have any money.

Everyone involved is a so called animal advocate. Not a single animal benefitted from this war.

Everyone has lost in this.

We’ve completely lost sight of what matters here and that is the conservation and preservation of these animals.

Are the animals happy? Who knows. 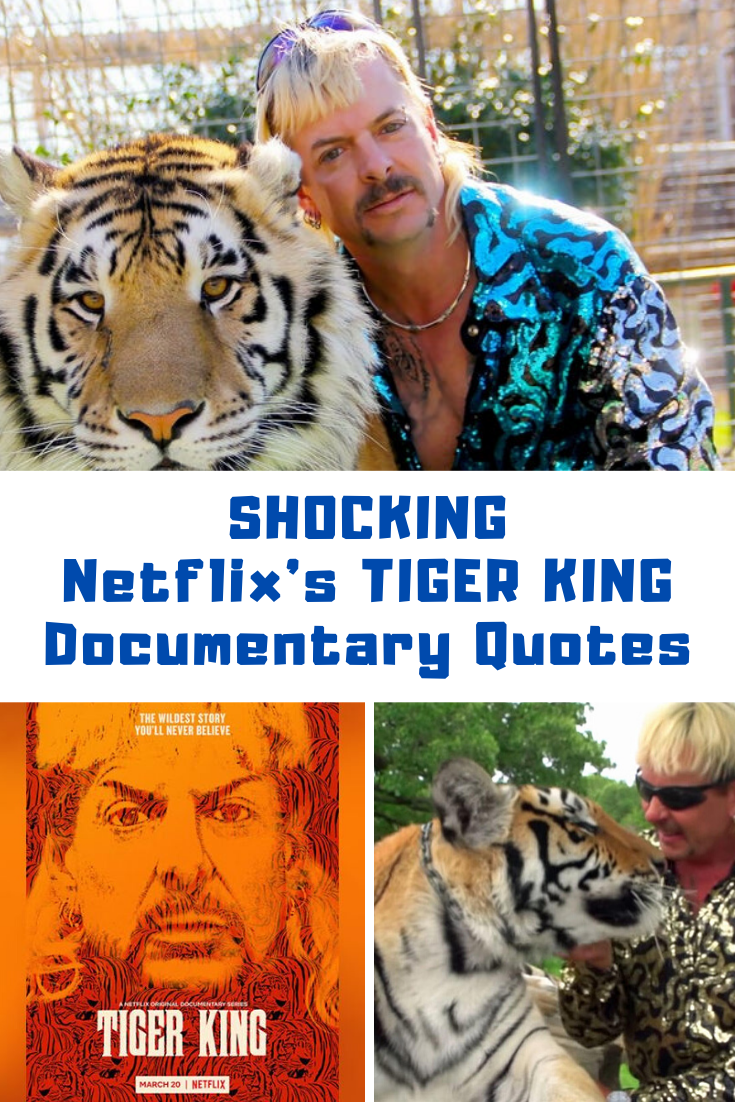